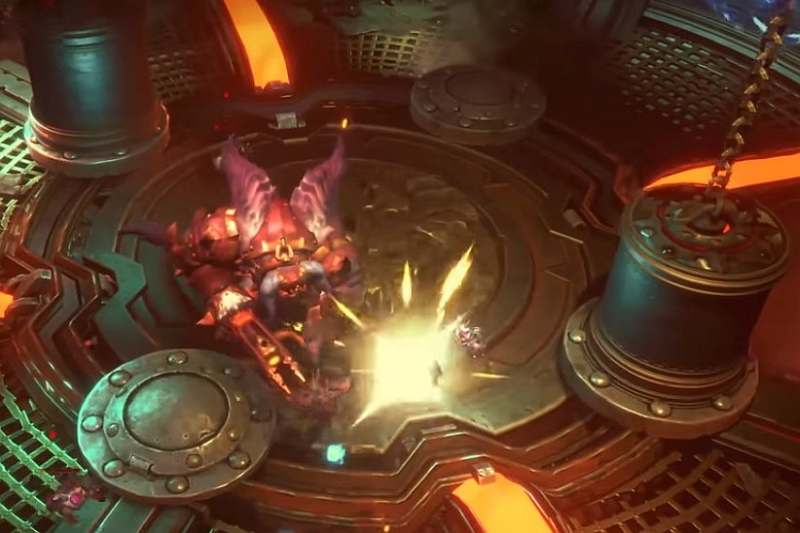 Darksiders Genesis is an action game developed by AirShip Syndicate and is the fourth game in the Darksiders franchise. Unlike the previous three Darksiders games, Genesis plays from an isometric viewpoint, resembling a Diablo-style experience. Playing as two of the fabled Four Horsemen of the Apocalypse, Strife and War, you’ll embark on a violent adventure to prevent an evil plan of the demon god, Lucifer. With both solo and cooperative play, Darksiders Genesis promises a journey full of chaotic gameplay, crazy enemies and bosses, and an addictive new formula. Is this fourth Darksiders adventure worth taking, or should the franchise have stopped at Darksider 3? Let’s find out if the change of perspective and play-style is a win in Darksiders Genesis.

The Story So Far in Darksiders Genesis

Darksiders Genesis acts as a prequel story to the original Darksiders, showing the origins of the Seven Seals of the Apocalypse and the lead-up to the downfall of mankind in the first Darksiders. The game starts out with Strife and War, two brothers and Horsemen of the Apocalypse, taking on a new assignment from the ancient Council. Tasked with maintaining balance across the known worlds, the council tasks the two brothers with confronting a series of demons, all of whom have been granted extraordinary powers by Lucifer. As Strife and War set out on their mission, they knowingly ride into a battle that will change existence for good.

Apart from a few cut-scenes and brief segments of dialogue, the story in Darksiders Genesis is mostly there to service the action. On their journey to defeat Lucifer and his legion of hellions, War and Strife occasionally bicker back and forth, with Strife cracking some jokes while War dismisses his humor. Generally speaking, it’s a fun and entertaining vibe, but don’t expect a particularly enthralling or riveting story. Darksiders Genesis is all about slashing and shooting through demons, so beyond a bit of world-building, you should expect a story that fits the experience. 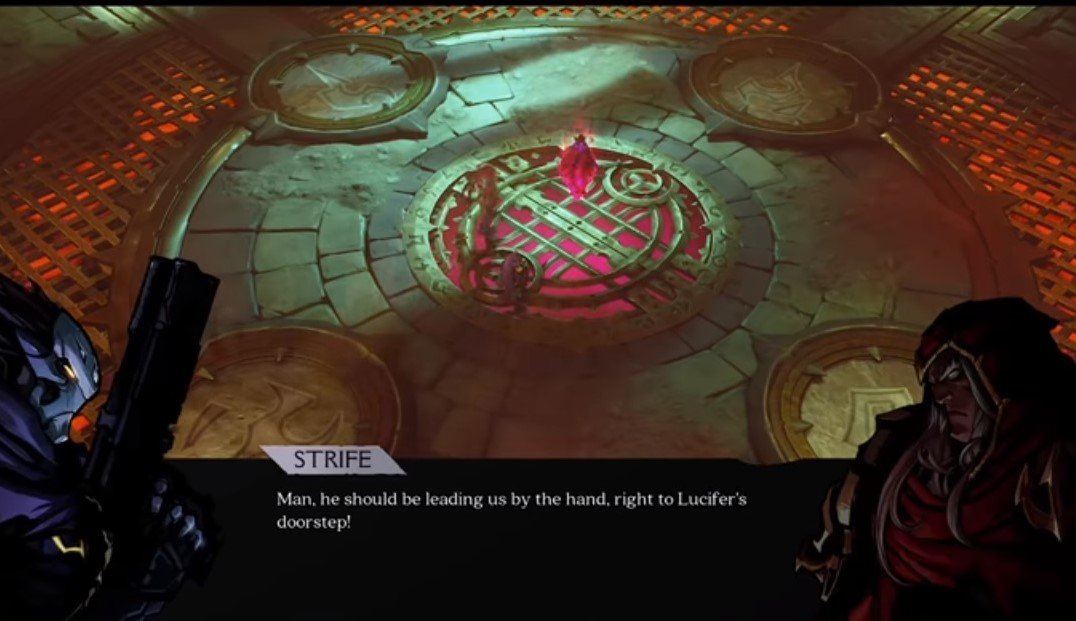 Although the story might be a bit middling, Darksiders Genesis delivers an exciting and enjoyable gameplay experience that mixes familiar gameplay with a new viewpoint and upgrade system. If you’ve played any of the previous Darksiders games, you’ll be right at home with Genesis. You can play as either War or Strife, each with their own unique abilities, attacks, and weapons. Levels are more open-ended than you might expect, and are packed with various hidden collectibles and side quests. As you explore each of the story chapters, you’ll hunt down a variety of hellish demon prey, earning power-ups and spendable souls with every kill.

You can spend those souls between levels by visiting the Void, which acts as the main hub of the game. Here, you can jump into new story levels, purchase various consumable items and combat abilities from the two merchants. It’s often smart to focus on buying new moves and increasing the power of War and Strife, as the game can be quite punishing if you’re not properly equipped. Each story chapter has a recommended “power level” associated with it, so you’ll want to boost up War and Strife with upgrades and gear so you can take on enemies without too much trouble.

Get the Most Out of Creature Cores

In addition to buying upgrades for War and Strife, you can add some bonus passive boosts by making use of the Creature Core system. As you slay the many creatures of Darksiders Genesis, they will occasionally drop purple or gold “creature cores” upon death. Each enemy offers a different core, which provides a unique bonus or passive ability. Each core will either boost your health, attack, or special wrath powers.

This new upgrade system offers a versatile list of bonuses to strengthen War and Strife, as well as some fun strategies on how to equip those bonuses. Finding new creature cores feels rewarding and fun, as new enemies appear with regularity across the entire campaign. Cores will also be upgraded as you find copies of the same type, which encourages replayability. With a fully stacked creature core layout, you can do some serious damage and feel like an absolute powerhouse. 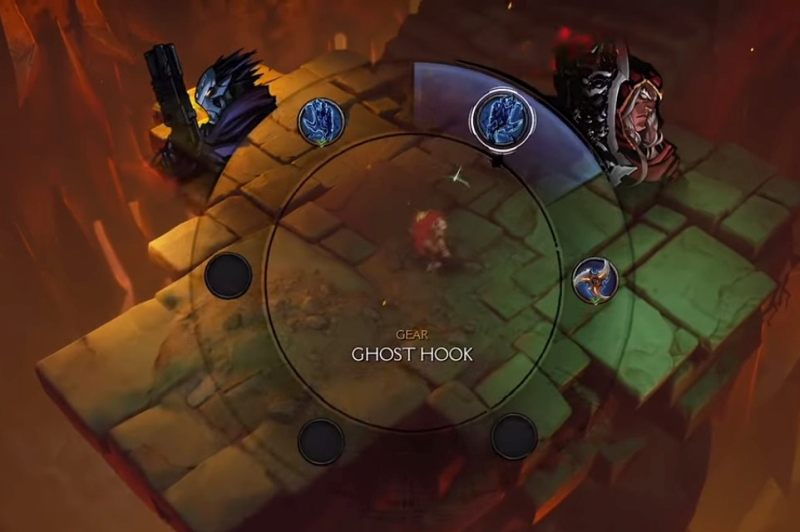 There’s plenty of content to keep you playing in Darksiders Genesis, as the campaign will take you well over 12 hours to finish. Levels are designed to encourage return visits, allowing you to access new areas as you gain powerful abilities. The gameplay is fun and exciting, only growing repetitive with long stretches of play. Considering that fun, local co-op games are hard to come by in modern gaming, Darksiders Genesis is a breath of fresh air.

If you’ve enjoyed previous Darksiders games, you’ll find plenty to love about the characters, environments, and world-building in Genesis. For newcomers to the franchise, it’s an enjoyable experience that’s great for some stress relief. As with other isometric hack ‘n slash games like Diablo III, Darksiders Genesis is often cathartic to play, especially when you’re slashing through waves of demon foes. At the very worst, it can have some frustrating levels and repetitive gameplay. That said, Darksiders Genesis remains fun to play throughout the majority of its 20-plus hours of content.