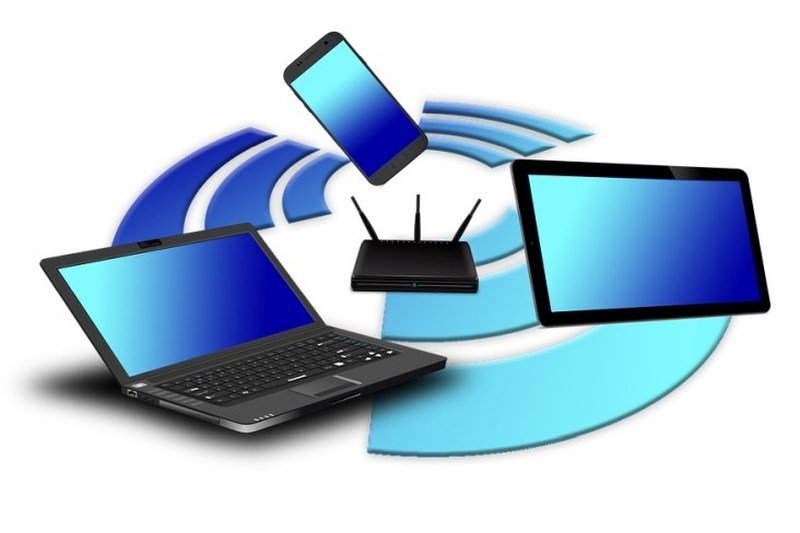 There are gaming keyboards, mice, soundcards, headsets, you name it. Of course, there are also gaming routers. Many of these products really do make a real difference to your gaming experience but is the same true of routers? What are gaming routers exactly and are they worth your money?

What is a Router anyway?

A router extends an internet connection, usually through a Wi-Fi signal to a range of devices in your home network. It also allows gamers to share a connection so you can play with multiple users.

What are Gaming Routers?

A gaming router is a tuned-up regular router. Compare it with a regular compact car and a souped-up sports car. The gaming router works faster and better than a traditional router. A look at the insides reveals more powerful hardware, which provides higher data transfer speed, more bandwidth for maximum gaming performance.

But the use of a gaming router only makes sense if the following two factors are also met:

A Gaming router will often be designed with extra Ethernet ports. This means that you can connect more wired devices to the router for a larger wired gaming session.

If you game with a wired connection you will have a more stable connection and you will be less likely to have problems with lag or latency. Lag can be incredibly annoying, especially in fast-paced games, so avoiding it is an excellent idea and a good router will also help with this.

Some normal routers will also have additional Ethernet ports and as long as they have Gigabit Ethernet is will work just as well as a gaming router for cable gaming. 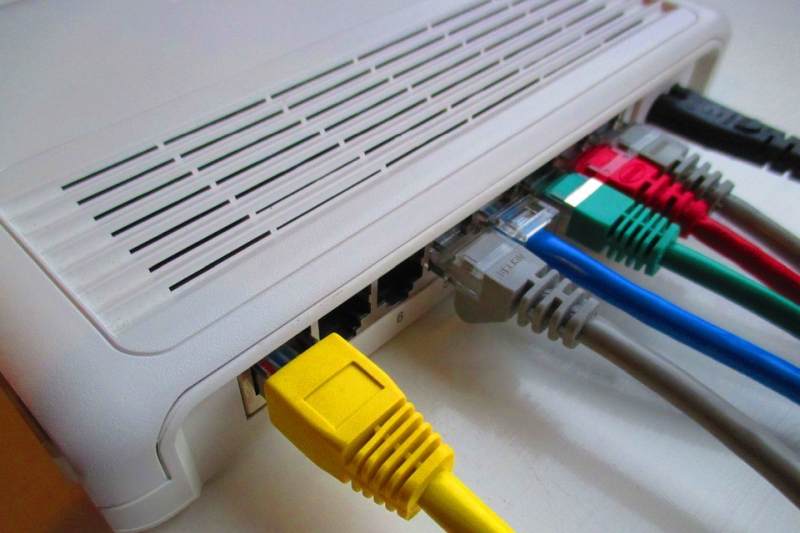 There can be a noticeable difference between Wi-Fi connection stability and reliability in gaming routers. But if you use a single cable connection and don’t really need to connect many different devices, a standard router should do just fine.

But if you like to game over a wireless connection, the extra stability and more reliable Wi-Fi signal is as important as your gaming platform.

Another Wi-Fi aspect is Dual Band. This means you can transmit on two different channels at the same time.

Pay attention to the range of the signal. The further away the router is from the PC or console, the more power it should have. The number of devices to be supplied can also affect the signal and performance. If you have the choice between two similar models, choose the stronger one.

Another thing that makes gaming routers different is Quality of Service (QoS) or some other form of traffic shaping. When your regular router receives packets from the internet and files are syncing and downloading while you game, it simply tries to deliver the packets to the correct destination.

It does not prioritize anything. With a gaming router, the QoS function will ensure that your gaming traffic is the VIP and you won’t have to suffer through a game with slow speeds and lag because your roommate has started streaming the newest episode of this favorite series.

Dual-Band Wi-Fi is another function that is available on good routers but should be standard on all gaming routers. Dual-band will be very valuable if you have many different devices that access the internet through Wi-Fi.

With a dual-band router, there will be a 2.5 GHz band and a 5 GHz band. If you reserve the 5 GHz band for gaming devices, you can have older devices or devices that will only browse and so on the 2.5GhZ band.

This function will not matter much if you are a single user without too many devices working online simultaneously.

How does MU MIMO work?

The more devices are connected to your home WiFi, the more it is slowed down because most routers can only communicate with one device at a time. If a single-user (SU-MIMO) router is used, each user/device waits until it is his turn to receive and send data via the router.

Multi-user multiple-input, multiple-output technology, better known under the name MU-MIMO, enables a WLAN router to communicate with several devices at the same time. This will reduce the time each user/device has to wait for a signal, as a result, the speed of the data transfer in your network is greatly increased. 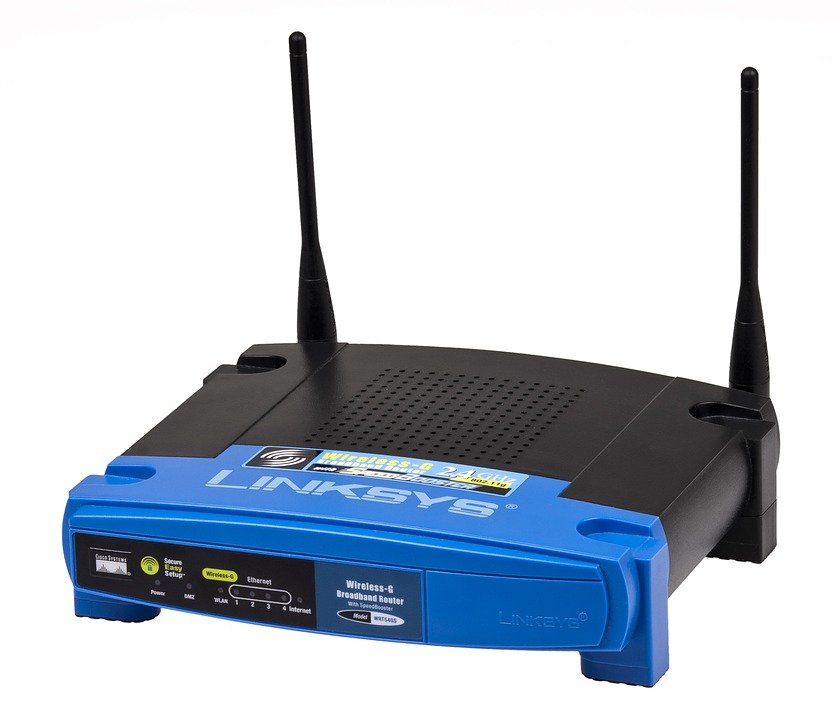 What is the Difference Between A Gaming Router and A Regular Router?

But what exactly is the difference between a gaming router and a regular router? Is it worth the money to buy a specific gamer router? Where does gaming mode fit in? Well, this piece should give you the info you need to draw the line clearly between the two.

Some regular routers offer a gaming mode. These routers aren’t specifically designed with gamers in mind, but the router does have configuration choices for games.

It does not really influence speed but allows for more incoming connections and prioritizes your gaming device for outgoing traffic. But as a really valuable feature for gamers, it does not justify you paying extra.

The Fastest Router for Gaming

When you start to have issues with speed when you play games or stream videos, there are one or two things to consider. One of them is your Internet Service Provider and what plan you are subscribed to.

Do a speed test and check that the speed you are getting is what the ISP promises. It will be no use getting a new router if the problem lies not with you, but with your ISP.

The other thing then, of course, is your router. Your router is a key element in your network and will help keep your internet connection stable and fast. Make sure you update the latest drivers and software.

What makes for a fast router?

A wireless connection, on the other hand, relies on a variety of factors. So if you game wirelessly you need to have a good Wi-Fi connection. This relies on the distance you are from the router, if you are right on the edge you will have a slower speed.

So when you consider a new router, also keep in mind that the ceiling speed of the router and the real speed may differ. Keep in mind that your speed might be slower than anticipated due to interference or the compatibility of your devices.

One of the fastest routers available (if you have the cash) is the Netgear Nighthawk X8. It has 802.11n ac capability and a speed of up to 2200Mbps on 5Ghz, with 6 Ethernet ports and 4 antennas.

It has a data transfer rate of 5300Mb per second.  It has tri-band functionality. Most routers aimed at gamers now have dual-band functions, but this router gives you yet another band. This will really boost your speed if you have a large number of devices connecting at the same time.

But you don’t need to break the bank to get good speeds for gaming. If you get a good router with a gigabit Ethernet port, a good Wi-Fi speed ceiling, and dual-band capability you should be able to get good enough speeds for home use and gaming without too many issues.

A good mid-range choice is the Asus AC1900 wireless router. It has a dual-band and a 1Ghz dual-core processor. It has 3 antennas for good range and a 1900Mbps transfer rate. It has 802.11 a/c compatibilities and has an intuitive interface and has an easy setup.

It also has 5 gigabit Ethernet LAN ports. This is perfect for gaming, you have the option for a range of wired connections but also a good stable Wi-Fi connection.

Some more tips and tricks

Just to recap, there are a few tricks you can use to boost your speed. So when you buy a new router or have issues with your existing router, consider a wired connection and testing if there is a difference.

Take a look at your router positioning and consider an aftermarket antenna to boost your Wi-Fi signal. Check your speed from your ISP and reboot your router. Newer routers usually don’t have issues, but a quick reboot every now and then can often solve a problem.

Also keep your router updated, check your manufacturer’s website for the latest firmware. Your routers’ internal software might not have picked up the newest firmware.

Some gaming routers will have a different look to a standard router and companies spend time and money to design their routers to look like they belong with a gaming setup.

There are quite a few of these examples, where the router has several antennas (which will boost range) and has slanted edges and black and red edging and lines. Most of the designers probably draw inspiration from Darth Vader’s mask or a futuristic architecture magazine.

So if looks are as important to you as speed there could be a gaming router that will fit your gaming setup design. Is it a gimmick? Probably, but it can still look pretty cool.

So do you need a special gaming router? The answer really depends on your gaming needs, but most standard routers will handle the normal use of a home network and occasional gaming quite well.

If it is 802.11 a/c Wi-Fi with a good solid range and gigabit Ethernet you should be fine. Some regular routers will function just as well as a gaming router, and will often have many of the same features.

If you do have some extra cash, and you want to make sure your gaming quality is really fast, smooth, and lag-free, a gaming router becomes an option. Then the QoS will be very important and maybe you can get a cool-looking one while you are at it.