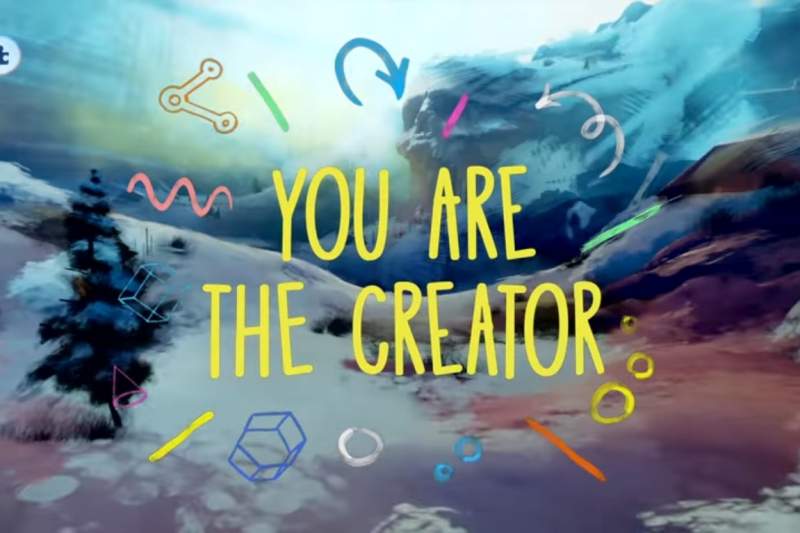 Dreams, is the newest title from prolific game studio Media Molecule and is available exclusively on the PlayStation 4. Most well known for their LittleBigPlanet franchise, Media Molecule has been pushing the limits on creativity in gaming since its inception. In Dreams, players are tasked with using their imagination to conjure up their very own creations and then sharing them online for other players to enjoy. With an immense amount of multimedia creation tools at your fingertips, Dreams allows you to make anything from a simple painting to a complete, functioning game. It’s a concept that brings lofty expectations, but surprisingly, Dreams manages to pull it off.

It’s hard to put Dreams into a singular category or genre, as its boundaries as a creation studio are virtually limitless. Apart from the included game experience known as “Art’s Dream” that has been made by Media Molecule, you can find a stunning amount of user-created content within the game’s sharing platform. In short, Dreams is an extensive set of incredibly in-depth game design tools, crafted with ease-of-use in mind. There are literally hours of virtual lessons that teach you everything there is to know about making your own creation, but Dreams is much more than a long list of tutorials.

The pure variety of stuff you can create in Dreams is overwhelming, yet learning the ins and outs of each system is half the fun. The tutorials and learning experience have been gamified to an extent, encouraging players to express their creativity while learning. For instance, instead of simply teaching you where to find the coloring tools, Dreams sets up a gray scene for you to paint in, coloring-book style. The game continues to find fun ways to teach the player across all of its various creation tools. Whether you’re learning about animation, game logic, music and sound creation, or something as simple as manipulating objects, Dreams makes it fun and interesting. 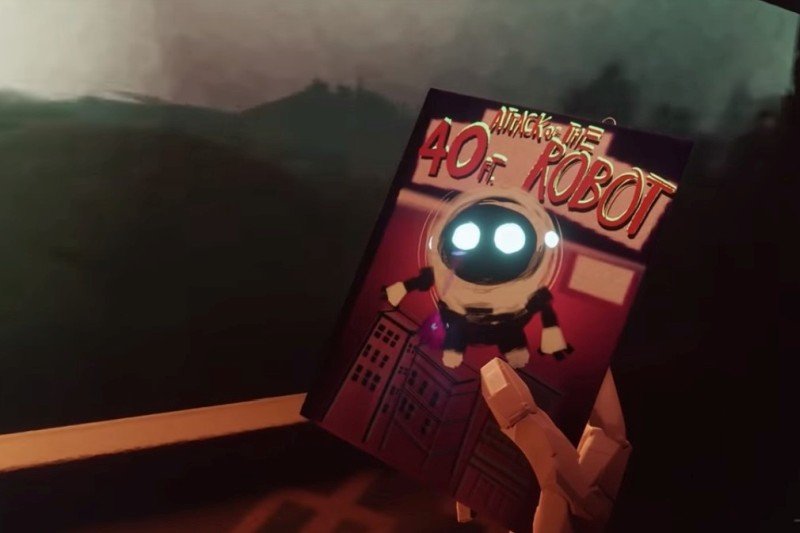 As mentioned before, Dreams contains a single-player story mode in the form of “Art’s Dream”. This feature-length experience follows the story of Art, a down-and-out bass player who has recently abandoned his band and hit rock bottom. In the two-hour or so game, players control both Art and a handful of other characters, each representing a different genre of gaming.

In the main sections where you play as Art, the game feels reminiscent of a classic adventure game, with players collecting items and using them to solve puzzles. You’ll also spend some time as two animal characters, Foxy and Frances, who use their blaster and hammer weapons to great use. Finally, you can enjoy a few platforming puzzles as you play as the cute robots D-Bug and Ele-D.

Generally speaking, Art’s Dream is a fantastically imaginative and colorful adventure that you can finish in just a single sitting. It represents the kind of limitless creativity that can be accomplished with the tools in Dreams, granted the creator has a comprehensive knowledge of said tools. The pure variety of the experience is nearly unmatched, complete with multiple game genres, an emotional story, and even musical numbers. Although it might be a bit short, Art’s Dream is still completely worth playing and a great place to start in Dreams.

A World of Wonder in DreamSurfing

The “DreamSurfing” area is where you’ll find all the other user-made creations that have been uploaded to Dreams. Even though the game has only been out a few weeks, there’s already an unfathomable amount of content to explore. Although every creation can’t be an absolute winner, the majority of the content available is quite fun. There’s a good system of filtering and sorting, as well as a curated list of experiences endorsed by the Dreams development team.

It’s incredibly easy to get lost down a rabbit hole of creation-hopping, as you bounce from one experience to the next. Whether you’re looking for a fun remake of a classic game, an original idea that’s full of ingenuity, or a multiplayer party game, you’ll likely find it in DreamSurfing. Players have created some very cool stuff, ranging from full-blown RPGs and shooting games to quirky adventure and vibrant art pieces. From this point, it’s up to the community to continue their creative process, ensuring that Dreams stays alive with fresh content on a daily basis.

While Dreams won’t be a game for everybody, it’s a remarkably well-designed experience that bridges the gap between game development and playing games. Even if you’re not a creative person, there’s a mind-boggling amount of games and art showcases to take in. You can easily spend hours of your time fooling around with various creations and having a ton of fun. If you do decide to try and make your own game, the surplus of tutorials and how-to videos will make that process painless.

If you own a PlayStation 4, you owe it to yourself to check out Dreams. It’s one of the most unique titles ever seen in the game industry, backed by some exceptionally talented designers and developers. Even though Dreams has already seen its fair share of awesome community content, the sky is the limit. If you’re not afraid to take chances on new things, Dreams will continuously reward you with fun and fresh experiences for hours on end.