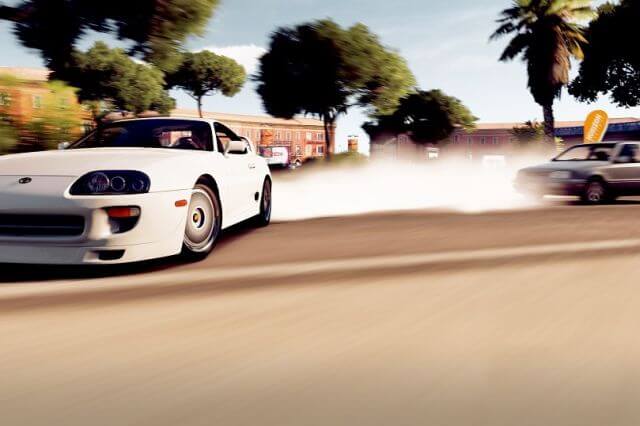 The Grand Theft Auto franchise has a long history of being one of the most commercially successful game series of all time, while simultaneously retaining its legacy as an immensely controversial piece of media. Fueled by societal outrage, debates over censorship in media, and a ravenous fan base, Grand Theft Auto skyrocketed in popularity in the early 2000s. With the most recent game in the franchise, Grand Theft Auto V, selling more than 140 million copies worldwide, developer Rockstar Games shows no sign of slowing down.

In recent years however, fans have been crying out for more single-player content, as it has been almost 8 years since the release of a fresh GTA title. While this call for new content might not be answered in full, recent rumors of a remastered Grand Theft Auto trilogy pack have been stoking excitement across the industry.

Today, we’re looking back at the three rumored inclusions in the Grand Theft Auto remaster pack and briefly touching on how each title made its splash in the gaming industry.

Grand Theft Auto III was released on the PlayStation 2 console in October of 2001 and was immediately subjected to scrutiny from concerned parents. This landmark open-world action game took the franchise from its top-down roots to a fully 3D environment, letting players roam free in the bustling Liberty City. Playing as Claude, a convict who escapes into the city after an attack on his prison transport, gamers dug deep into the world of organized crime.

The game’s story mostly revolved around Claude’s rise through the ranks of the criminal underworld, steadily taking on more dangerous jobs as he explored the three regions of the city. However, it was the total freedom given to the player that made Grand Theft Auto III so addictive. Players were free to ignore the story missions entirely, choosing instead to joyride around town in stolen cars, run over pedestrians, and cause utter mayhem with a large arsenal of weapons. Branded as a “murder simulator” by its naysayers, Grand Theft Auto stood out as the gaming equivalent of the film Godfather, ushering the medium into far more serious territory while remaining entertaining. Like many of the older Grand Theft Auto titles, GTA III is a bit rough around the edges, which is why we would love to return to it in a modern Grand Theft Auto remaster pack.

Grand Theft Auto: Vice City was released in 2002, hot on the heels of GTA III, and continued a string of controversy while further elaborating on the gameplay designs introduced in its predecessor. Vice City trades out the seedy, modern metropolis of Liberty City for the decidedly brighter Vice City, based on the seductive seaside city of Miami, Florida circa 1986. Players jump into the shoes of career gangster Tommy Vercetti, who after being betrayed in a drug deal, begins to form his own criminal network across the city.

In terms of gameplay and visual fidelity, Vice City shares a lot in common with Grand Theft Auto III. However, Vice City is often remembered more fondly, mostly due to its iconic 80s-inspired art design, featuring flashy sports cars and neon-drenched architecture. This personable fictional city was an even more exciting playground for destructive players, which once again sparked controversy over the game’s graphic levels of violence and sex. Unfortunately, Vice City is often just as clunky as GTA III, also making it a prime candidate for the modern remaster treatment. It would also be an absolute treat to see the vivid visuals recreated in stunning high definition.

Grand Theft Auto: San Andreas was released in 2004 and quickly garnered wide acclaim from both critics and gamers alike. Instead of one city, San Andreas takes place across a massive fictional state called San Andreas, modeled after California and Nevada. The story centers around CJ Johnson, an ex-gang member who returns to his home city of Los Santos after the death of his mother. In terms of both gameplay and narrative, Grand Theft Auto: San Andreas was a significant leap forward for the franchise, offering a massive cast of characters and plenty of new gameplay features. Through the introduction of various RPG elements, players could increase several core stats, alter their cosmetic appearance, and even become fat or thin depending on their play style.

While the gaming community lauded San Andreas for its immersive map, the incredible amount of content, and effective storytelling, the game saw the biggest controversy of any GTA title yet. After hackers discovered the existence of a mini-game involving simulated sex, concerned parents lobbied for banning the game, forcing Rockstar to remove all copies from circulation. After removing the offending content, San Andreas saw increased popularity due to the free press, cementing it as one of the most influential open-world games of all time. With its sheer size and endless hours of content, San Andreas is the one entry we can’t wait to play in the rumored Grand Theft Auto remaster pack.

Keep an eye on Rockstar Games website for new developments on GTA.