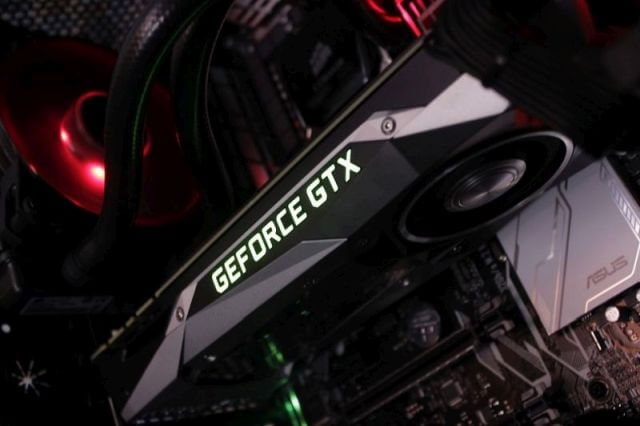 Industry giants like AMD and Nvidia compete with each other and complement their amazing collections of graphics cards with increasingly powerful models. There are so many good graphics cards it can be difficult to choose the right one. We look at the most important technical aspects that you have to pay attention to when you are faced with the choice of the best graphics card. We’ll also introduce some of the cheapest graphics cards that not only offer raw graphics power but are also great value for money.

What to Look for in a Good Graphics Card for Gaming?

Modern video games can have impressive graphics. However, this only works if the graphic card fulfills some minimum requirements to provide the necessary computing power. Let’s review some important factors which will help you in the decision making and you can use them to pick the Best Graphics Card for you.

AMD & Nvidia are the Giants in Graphics Cards Industry and they offer tons of great GPU which can fulfill your gaming needs. When it comes to market share, Nvidia has the most but it is surely changing as AMD is coming with some pretty amazing GPUs in the market. However, it is also true that if you pick the Nvidia GPUs, you will have more configuration options.

Graphics Cards come with a dedicated Memory known as VRAM. VRAM plays an important factor in determining the performance of the GPU. So, if you want to play modern games at medium settings then 4 GB VRAM is enough. However, if you want to make your GPU future proof then getting a GPU with at least 6 GB VRAM is a good idea.

These are some of the important factors which you should consider when picking the Graphics Card for your setup. We would also recommend you let your wallet influence the decision. In the next section, we have some best GPUs which not only offer great value for money but also great gaming performance.

Nvidia GeForce RTX 2060 is the Best Value Graphics Card you can get in 2020. The best thing about this GPU is that it comes with all the goodness of the RTX Series and awesome gaming performance with a very reasonable price tag. It can easily handle the majority of the AAA Games such as GTA V or Battlefield 5 at a higher resolution such as 1080p or 1440p with a higher refresh rate. It can stretch to 4K Gaming as well with some compromised and a G-Sync Monitor.

RTX 2060 comes with the 6 GB VRAM which also makes this GPU future-proof. So, if you are looking for a Graphics Card with the Best Value for Money and Great gaming Performance then you can’t go wrong with Nvidia GeForce RTX 2060.

AMD Radeon RX 5700 XT is one of the best Graphics Cards in the market in terms of its value for money. It directly competes with the RTX 2060 for the top spot. AMD Radeon RX 5700 XT can easily handle modern games at high and ultra-high settings at 1440p and 1080p resolution with great FPS. It can also touch 4K resolution but you will have to make some compromises.

Nvidia GTX 1650 is one of the best GPUs available for 1080p Gaming. It belongs to GTX Series yet it comes with the Turing Architecture which is the latest and greatest GPU Architecture by Nvidia. GTX 1650 comes with 4 GB RAM and it can handle most of the AAA Gaming titles at medium-high settings at 1080p.

It is also more power-efficient than most of the other GPUs out there, thanks to the new Turing Architecture. If you are looking for a 1080p Gaming GPU with the best value for Money then Nvidia GeForce GTX 1650 is a solid option for you.

Which card you choose depends on your budget, so you have to decide what is the best deal for you. . But gaming is primarily about the high resolution and the more pixels the graphic card processes, the finer and smoother are the displayed images. Modern video games require a lot of computing power to display details such as landscapes, fog, water, etc. The frame rate is also important, more frames per second ensure smooth images. So make sure that your screen supports the resolution provided by the graphics card. Otherwise, investing in a particularly powerful graphics card is a waste of money.