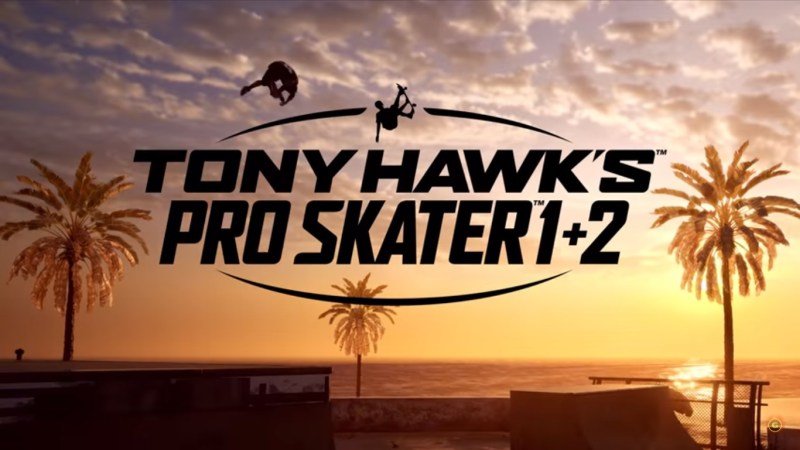 With the announcement of the Tony Hawk’s Pro Skater 1 and 2 remake coming out on new consoles in September of this year, we thought it’d be a great time to list off some of our favorite levels from these two classic skateboarding games. The first two games in the popular franchise released in 1999 and 2000 respectively, wowing gamers on the PlayStation, Sega Dreamcast, and Nintendo 64.

The Pro Skater games gave you total freedom to skate how you wanted, pulling off awesome trick combos and racking up incredible scores. There are 15 levels in the original two games, so we’re picking from those classic stages. We’re super excited to skate around these awesome environments when the remake launches in September! In no particular order, here’s our list of the top 5 best levels from Tony Hawk’s Pro Skater 1 and 2.

The Mall is a great early level in the first Tony Hawk’s Pro Skater that reinforces the idea of the trick-line. This one-way trip through a mall sees your skater smashing through glass directories, flying over fountains, and performing flip tricks off escalators. It’s tons of fun to keep your trick combo going as you skate over the mall’s many features, including plenty of grindable surfaces and some super fun ramps. If you’ve got enough speed, you can gain some major air by flying off the tops of the escalators, giving you plenty of time to pull off more intricate tricks. Generally speaking, the Mall level gives you a great sense of speed and skill, provided you can navigate its tight spaces and huge gaps.

This iconic level brings on a rush of nostalgia for many gamers, as most remember dropping into this initial level in the first Tony Hawk’s Pro Skater. The Warehouse level was also featured on a demo disc for players to enjoy back in the late 90s, so even gamers who never owned Tony Hawk’s Pro Skater but played the demo will have some love for the stage. The level is perfect in its simplicity, as it includes many of the features that skaters enjoy, confined in a comfy yet spacious warehouse setting. There’s a great half-pipe for big trick combos, some great rails to grind on, and plenty of room for free-flow skating. It’s also impossible to talk about the Warehouse without bringing up the classic hidden tape, which can be collected by careening over the half-pipe and smashing through a glass walkway above.

Although the School level in the first THPS is fun, School II is a more fully realized version of the concept. Apart from a frustrating goal or two, School II is one of the most replayable and enjoyable levels in the entire game. There’s a good mixture of open space, with a surplus of ramp boxes, grinds, and a handful of verts to boot. More importantly than the great layout is the fantastic vibe and atmosphere, which expertly recreates the feeling of skating around school right after class. This quintessential stage has gone down as one of the best levels in the entire Tony Hawk’s Pro Skater series, let alone the first two games.

There are a few levels in the original Tony Hawk’s Pro Skater that are made up of city streets, so you might be surprised to see such a straightforward level on this list. That said, Streets is one of the most comprehensive maps in the first game, with great layout variety and features. Compared to the other major business district level in the game, Downtown, Streets gives you more things to do in a cooler looking setting. Modeled after San Francisco, there’s also plenty of history in the spots you’ll skate over, offering players a glimpse inside one of the sport’s most influential cities. All that aside, Streets is just tons of fun to play and allows for a lot of creativity in trick-lines.

There are several levels in the Pro Skater series that are modeled after real-world locations, but few are as memorable or important as Venice in Tony Hawk’s Pro Skater 2. Modeled after The Pit, a now-demolished legendary skate spot in Florida, this level is an absolute masterpiece and incredibly addictive. Although the goals can be a bit tough at first, dedication and perseverance will soon see you the master of this historic spot with summer vibes. Venice also marks the very first appearance of Ollie the Magic Bum, a staple character who pops up throughout the rest of the Tony Hawk skateboarding games. By not only paying tribute to one of the most revered skating spots of all time but also introducing one of the most memorable characters in gaming, the Venice stage in Tony Hawk’s Pro Skater 2 easily earns its spot on this list.

We hope you enjoyed this list of the top 5 levels in Tony Hawk’s Pro Skater 1 and 2. Our hype levels are through the roof for the upcoming remake and we can’t wait to see what these amazing levels look like with modern graphics. There were so many awesome levels in the first two Tony Hawk’s Pro Skater games, making this list very tough to come up with. While we appreciate almost every level in both games for their ingenuity in design and effortless flow of tricks and fun, these 5 stages managed to stick in our brains for nearly 20 years. We hope everyone has a great time with the remake when it releases, we know we will!