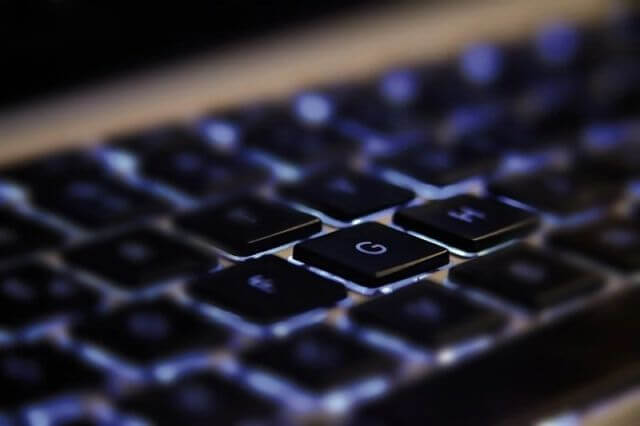 With peripherals such as a gaming keyboard and mouse, you also have a tangled mess of cables on your desk. To get rid of cable connections you can choose between two types of wireless transmission – Bluetooth or 2.4 GHz radio. With a Bluetooth keyboard or a wireless keyboard, the communication runs via a USB dongle supplied. In this article, we compare the arguments between wireless keyboards vs Bluetooth.

Wireless vs Bluetooth keyboards – in principle not different

Bluetooth or “regular” wireless keyboards both use 2.4 GHz radio waves. And since both use the same type of radio waves to transmit data, neither is definitely superior to the other.

What is a Wireless keyboard?

A wireless keyboard is a keyboard that is designed to be used with its dongle that is a 2.4Ghz receiver. The two work hand in hand and do not function without the other.

What is a Bluetooth keyboard?

A Bluetooth keyboard is a keyboard that supports Bluetooth transmission as suggested in the name. But this is also the same 2.4Ghz radio signal as conventional wireless. It also requires a receiver similar to the wireless keyboard.

But in many modern devices, the USB Bluetooth dongle is purely optional, as most modern devices inherently support Bluetooth and do not require to use of an extra receiver.

However, the margin between the two competitors is decreasing rapidly and right now RF wireless stands only a few dollars cheaper than Bluetooth. With how fast technology is expanding, the price gap will soon become negligible.

Rf wireless keyboards at the time of this article are faster than Bluetooth keyboards. Rf wireless keyboards only have a delay of 1ms whereas Bluetooth keyboards are labeled to have a delay of 1.3ms. Even though the difference in the delay is minimal, it should be noted that delay often adds up, therefore as a gamer it is generally advisable to go with the device that gives the lowest delay to have the edge in competitiveness.

Both standard Bluetooth and Rf wireless keyboards operate at the same frequency which is 2.4Ghz, the reason behind it being that the 2.4Ghz frequency range is free to use. This means that both Rf and Bluetooth-operated keyboards will experience interference regardless. Wifi connections, stray waves, and such are sure to be a nuisance to wireless users.

But the catch is that Rf wireless keyboards have a way around this; many manufacturers have started to use their own proprietary 2.4Ghz bandwidths that do not interfere with the standard 2.4Ghz connections. An example of this is the Lightspeed technology used by Logitech wireless devices. Lightspeed is unique to Logitech and only their peripherals use it, meaning it will have no zero interference whereas any normal Bluetooth device would get bombarded with stray signals that may affect its performance.

Ease to set up

Bluetooth devices usually have a harder time connecting to their respective PC when compared with RF wireless keyboards. This is mostly because Rf wireless keyboards have a very simple procedure; take the USB receiver and plug it in(The drivers and the relevant setups will automatically be downloaded and installed the first time it is set up and it works brilliantly for the rest of its lifetime). Bluetooth devices have to be paired as well but its connection time is generally longer than Rf wireless receivers and often needs to be multiple times if it doesn’t connect in the first attempt(which may require the user to pair the two devices again).

Ports in PCs are changing rapidly and the specific ports that are needed for the Rf receiver of an Rf wireless keyboard may often not be available. USB-A ports are now being replaced with USB-C ports which may pose complications for Rf receivers that require full-sized USB ports. Not to mention that an Rf wireless device requires the user to sacrifice a USB port for it to operate which may be suboptimal as a regular PC only has two to three ports that are usually heavily contested for use. Bluetooth devices are completely wireless unless your PC does not support Bluetooth and you require a USB-Bluetooth receiver to be plugged in.

By checking out the comparisons we can conclude that Rf wireless keyboards won over the Bluetooth variant by a small margin. Even though RF wireless keyboards came up on top in four of the five points of comparison, it is only by a fraction; these can easily change with the speed by which technology is advancing.

Pick keyboards that support both Rf wireless and Bluetooth connections, by doing so you would be able to switch between the two connections as you please allowing you to get the most suitable connection when necessary. Prominent brands such as Logitech and Razer have already implemented this feature in their recent series of wireless keyboards and more brands are sure to follow in order to stop themselves from being left behind.