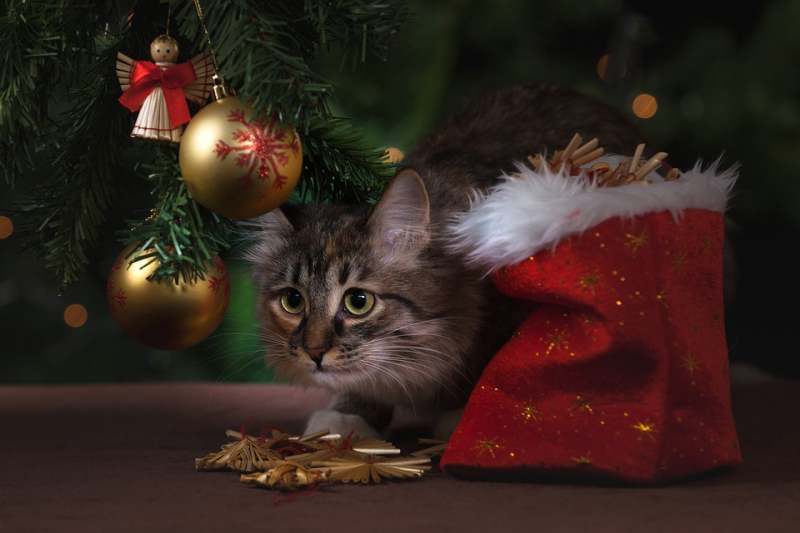 Every year Christmas seems to near very fast and you realize; you still got a few Christmas presents to organize. Finding a good gift quickly can be very difficult. The gift should be usable and not end up in a dark corner on the shelf to be forgotten.

But thinking about it, finding good Christmas gifts for a gamer is not really that difficult!  After all, gamers have one common hobby which makes the selection of gifts easier. In addition, there are a lot of special offers at Christmas time so you can find many heavily discounted deals. So in addition to a good computer and a good gaming chair what are good Christmas gifts for a gamer?

Gamers can be peculiar and out of a habit may not appreciate the “latest” but prefer to hang on to their old gadget just because of being used to it.  So you either got to watch ’em, see what they really need or better you may remember something they said they would like to have but couldn’t afford so far. This obviously would make a really good Christmas gift for a gamer!

A New Gaming Chair for Christmas

A really good Christmas gift for a gamer would be a new gaming chair.

We all know, a brief gaming session can quickly turn into a full-blown battle that lasts the whole night. But sitting too many hours in a bad piece of furniture will not only give you a sore back and body pain, but it will also affect your posture and health in the long run.

Good gaming chairs not only look cool and compliment someone’s gaming den. Their ergonomic design and adjustability will benefit the health of any gaming enthusiast and add the overall gaming experience.

A gaming chair will definitely be a good gift that will always be highly appreciated. It doesn’t have to be as costly as noblechairs Epic, there are a number of affordable chairs that make great gifts too.

The graphics of computer games are becoming more advanced and realistic. To get the most out of gaming, besides an advanced up to date graphics card, it also needs a gaming monitor that can display the graphics of the latest games.

The latest monitors with Quad High Definition (QHD), refresh rates beyond 60 Hz, extremely fast response time, and FreeSync or G-Sync technology will deliver the best gaming without having any blurry images, flickering, tearing and other motion artifacts.

Whether it is for a gaming enthusiast that is into First-person shooter, racing simulators or MMO fantasy worlds a good monitor with the latest technology will always be appreciated.

Events for players as a gift

E-Sport is growing in popularity among many gamers. Numerous events, from tournaments to trade fairs, take place throughout the year. These events can be expensive. This may start with the ticket price to simply get in, as well as the logistics of traveling there and finding a place to sleep.

However,  Events For Gamers are a great gift to any gaming enthusiast.

If the keyboard looks old, worn out, and got a few keys missing, then it is high time for a new keyboard under the Christmas tree.

A very popular mechanical gaming keyboard is the CORSAIR STRAFE it will sure be a great Christmas gift for gamers that will find its place on the desk instead of wandering into a dark corner and be forgotten about.

The mouse as one of the most used pieces of equipment doesn’t last forever, it needs a new one every now and then. But don’t get a regular mouse.

For ambitious and passionate players a good gaming mouse is the most important equipment one can not do without. A top of the line gaming mouse is a precision instrument, which besides having programmable keys also reacts way quicker and is more sensitive as a regular PC mouse.

Finding the perfect mouse for gaming can be difficult, as you have to navigate through specs such as DPI, programmable buttons, cable or wireless…

So here is one suggestion for a great mouse that will surely be appreciated as a Christmas gift: The bestselling Logitech G502 Proteus Spectrum RGB Tunable Gaming Mouse.

If the budget is a bit tight for a good Christmas gift or you simply don’t want to spend too much, then a new gaming mousepad is a good choice.

Mousepads need to be replaced regularly, especially when the old one is already filthy or comes apart. Also through permanent contact with the gamer’s hand, the pad will become greasy and the reflective surface will be damaged.
An old pad will affect the gaming performance negatively as the optical data from the mouse light is insufficiently reflected.

The Large Gaming Mouse Pad from Reflex Lab has an ultrasmooth optical surface, stitched edges, non-slip rubber back, and allows perfect control when moving the mouse in heated battles.

Always a good option for gamers on Christmas: A good modern gaming headset.

The use of gaming headsets has become a common practice among gamers. Headsets are effective in cutting down on ambient sound while providing a better sound quality thus better immersion into the gaming scenario.
They are also providing a convenient communication setup when playing online games and having conversations with fellow internet players.

There are a lot of gaming headsets on the market, from very affordable to some high-performance models for which you have to dig into your pocket a bit deeper.  You could search for hours to find one.  So how about the one to the right, it is a very affordable all-around headset. If you are looking for a top-notch headset check out our post on gaming headsets.

The Xbox is a great console for gamers. A new game for the Xbox fan may be a good gift, but how about giving an Xbox Live Gold membership for twelve months as a Christmas present.

With an Xbox Live Gold subscription, you can really boost the online entertainment and gaming experience. The membership provides:

Opinion: Is Xbox Game Pass Worth It

In the modern world of entertainment, it seems like there’s a streaming service for everything. From the plethora of video streaming services like Netflix and Hulu to services that deliver fresh food right to your door, there is no shortage of digital services to subscribing to. If you already subscribe to a variety of streaming services, it might be hard to justify adding another one. That said, with the new Xbox Series X/S hitting store shelves, there’s one service that’s getting a bigger buzz than normal; Xbox Game Pass. Due to its various subscription packages, Xbox Game Pass can be a bit overwhelming, but if you just grabbed a new Xbox Series console, it might be the best thing you can buy. With this article, we’re nailing down the answer to that all-important question… “is Xbox Game Pass worth it?” In short, yes.

Before we get into the minutia of Xbox Game Pass, let’s first explain what the service actually does. Xbox Game Pass, regardless of the way you choose to subscribe, offers hundreds of fantastic games for you to play on your console for one low price. There’s a wide range of game genres to explore, including puzzle, first-person shooter, strategy, family, and more. Xbox Game Pass is available on consoles, PC, and even Android devices, making it one of the more accessible game-streaming services.

If you’re interested in trying out Xbox Game Pass, you can usually grab a seven-day free trial during the initial sign-up process. If you just purchased a new console, you should also expect a voucher for a similar trial period. If you’d rather pay right from the get-go, there are a few differences you should be aware of.

Firstly, Xbox Game Pass is sold in 1-month, 3-month, 6-month, and 12-month subscription plans. The base price is $9.99 for 1 month, but if you buy a longer subscription plan, you’ll save some cash in the long run. Xbox Game Pass can be purchased for either the Xbox console family (including Xbox One and Xbox Series X) or for the PC. Both subscriptions are independent of each other and cost $9.99 a month each.

Here’s where Xbox Game Pass truly shows its worth. From the inception of Xbox Game Pass, the service was always intended as a way for gamers to experience the latest and greatest video games at a fraction of retail cost. As a base foundation, Microsoft offers every first-party exclusive game on the service on day one. If you’re looking to play Halo: Infinite or the new Gears of War, you’ll be able to play it on launch day with your Xbox Game Pass subscription.

Over the last few years, Microsoft has done an excellent job acquiring popular developers and bringing them into the Xbox Game Studios family. Indie devs like Double Fine and Compulsion Games have found some success releasing their games on the service, adding a bit of unique fun to the mix. Most recently, Microsoft purchased Bethesda, the publisher of huge games like The Elder Scrolls, Fallout, DOOM, and more. Many of these games offer hundreds of hours of fun, ensuring you never run out of gaming goodness. All told, Xbox Game Pass contains a rotating list of 100+ unique titles to try, with new games added almost weekly.

Games You Should Try on Xbox Game Pass

If you just grabbed an Xbox Series X or an Xbox Series S and your wallet is feeling a bit light, picking up Xbox Game Pass is probably the best bang for your buck. Over the course of the year, we’ve had the pleasure of trying out some fantastic games that we probably would’ve missed otherwise. In case you’re looking for some specific recommendations, here are some of the best games to try on Xbox Game Pass!

Sports fans now have a smattering of games to enjoy, thanks to the integration of EA Play into Xbox Game Pass. This includes popular titles FIFA Soccer, UFC, Madden Football, and more! You can get your first-person-shooter fix with Destiny 2, Halo: The Master Chief Collection, DOOM Eternal, and Rainbow Six Seige. For family time, try out titles like Overcooked 2, Minecraft, Golf with Your Friends, and Super Lucky’s Tale. The indie scene also gets some representation from titles like Celeste, GatoRoboto, Human Fall Flat, and more.

The games listed above are just a very small selection of the 100+ exciting games you can try on Xbox Game Pass. Over the course of the past few years, we’ve had a wonderful time trying out tons of new games, blasting through online battlefields with our friends, and digging into the latest big-budget exclusives. Xbox Game Pass has made all of that much simpler and less expensive than before. Simply put, Xbox Game Pass is worth it. If you just grabbed a new system, you should definitely try it out.