Ghost of Tsushima recently released on the PlayStation 4 and has been taking the world of console gamers by storm. Hundreds of thousands of players have already begun their adventure as the samurai legend Jin Sakai, protecting their home from the brutal Mongolian invaders. As you cut down enemies with your sword and sneak through the lush island of Tsushima, you might find yourself struggling from time to time. Enemies can tough, resources can be sparse, and Ghost of Tsushima is best when you’re fully equipped. Not to worry though, if you follow these five tips you’ll have Ghost of Tsushima mastered in no time. Whether you’re playing the game as stealthy as can be, or running straight into the battle, these five Ghost of Tsushima tips will be essential to your success. 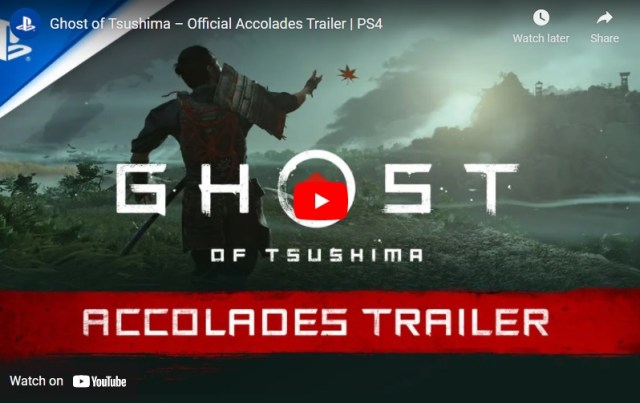 Rush to Get the Charm of Inari

After you complete the prologue portion, Ghost of Tsushima sends you out into an open world full of missions, activities, and upgrades to find. If you’re not immediately interested in playing through the nearby missions, we highly suggest you take a trip to the Arrow Peak shrine, where you’ll find one of the best charms in the game. Charms are often awarded for completing missions and Shinto Shrine jumping puzzles, providing you with an extra boost.

The Charm of Inari, located in the middle of Azamo and due south from the Golden Temple, multiplies the upgrade resources you find while out questing. During your adventure with Jin, you’ll need to collect bamboo, iron, and many other supplies in order to strengthen your gear. With the Charm of Inari equipped, you’ll be surprised at just how much more supplies you’re gathering. In fact, we left the Charm of Inari equipped for around 90% of the game, only taking it off once we had fully upgraded every single weapon and armor set.

The island of Tsushima is a massive place, full of rolling fields and steep cliffs. By default, your map is grayed out, only revealing itself as you explore. The “Guiding Wind” mechanic makes it easier to locate missions and other interesting things on the map, but when it comes to side-activities, you might need a bit of help. Luckily, golden songbirds are common on Tsushima Island, and they love to track down side-content that’s been tucked away.

If you are ever riding on your horse or jogging around and you happen to hear the distinct chirp of the songbird, put your eyes to the sky. Songbirds will always lead you toward the nearest haiku, vanity object, shrine, or mission. This makes it much easier to track down the hundreds of optional missions littered across the map, as Guiding Wind is less precise in its pointing. Sometimes it’s tough to keep up with them, but remember that once you’ve started following them, golden songbirds won’t completely abandon you for a while. If you ever get mixed up and lose track of these helpful aerial pals, just slow your roll and wait for them to swoop back around.

Speaking of those optional missions, you should always complete them. Following golden songbirds is so important because the rewards you get from side-activities are often well worth it. With the exception of cosmetic-only collectibles, most activities reward you with technique points, progress towards a higher Legend level, and further pad out your inventory with ammo and supplies. Plus, a true samurai legend never leaves a person in need, so it’s best to do your job as the premier protector of Tsushima.

This goes doubly true for small, unmarked enemy encounters. While traveling across Tsushima, you’ll inevitably run into dozens of Mongolian patrols and encampments. Whenever you catch wind of a group of Mongolian invaders, be sure to wipe them out. If you kill a Mongolian leader, you’ll earn progress towards your unlockable sword-stances. If you free a hostage, you’ll likely get notified of a nearby mission or activity. Either way, the rewards you get for completing side-activities is always worth it, so be sure to break from the beaten path.

Make Good Use of Ghost Weapons

Running around and slicing through baddies in Ghost of Tsushima never gets old. It feels great to run into a Mongolian camp, pull out your sword and start dicing. Since parry-windows are pretty lenient, you can often fend off multiple enemies at once. However, if you properly use your full arsenal of Ghost weapons, you won’t need to worry about being overwhelmed at all.

You’ll unlock new Ghost weapons as you raise your Legend level, including throwable kunai, sticky bombs, and more. Ghost weapons can also be upgraded by spending technique points, so remember to follow our previous tips to rack up as many points as possible. After a few upgrades, you’ll likely find your Ghost weapons just as deadly as your sword. I especially enjoyed using the kunai, which when upgraded, easily stagger or kill enemies with one throw.

Always Match Your Stance With the Enemy

At the beginning of Ghost of Tsushima, you’ll only have one sword-stance, Stone Stance. Stone Stance is pretty good as a default, but once you start unlocking new sword-stances, you’ll want to actively switch between them depending on the enemy you face. Each of the four sword-stances is extra effective against a certain type of enemy type, including swordsmen, axemen, spearmen, and brutes. At first, changing up your sword-stance isn’t completely necessary, but it will become a necessity before long.

As you start fighting through tougher Mongolian reinforcements, the soldiers will block more, dodge your attacks, and generally be a nuisance. Clashing swords with an invader isn’t always a bad thing, as you’ll eventually break through their block and stagger them. However, if you’re using the correct sword-stance, you’ll be able to stagger enemies much faster, opening up their defense and rendering them vulnerable. Thanks to the smooth hot-swap system, it’s super easy to change your stance during a battle, so always remember to actively change your approach depending on the enemy type.