The current Fortnite Battle Pass for Season 6 expires soon. Are you already wondering when does the next Fortnite Season start?  We can assume that Chapter 2 Season 7 will probably start immediately afterward on June 8, 2021. Stay tuned for updates.

Fortnite is one of the most popular battle royale games on the market, and with a constantly changing map and selection of weapons, it can be hard to keep up at times. With every new Fortnite update, updated strategies emerge and more effective loadouts can be obtained. Despite these consistent changes, there are plenty of core tactics to learn before worrying about the minutia. In this ultimate Fortnite guide, we’ll cover everything from the basics to recent gameplay changes, giving you a wealth of handy tips and tricks. Whether it’s the best map locations to drop at or the newest build techniques, we aim to cover everything you need to succeed in this ultimate Fortnite guide. 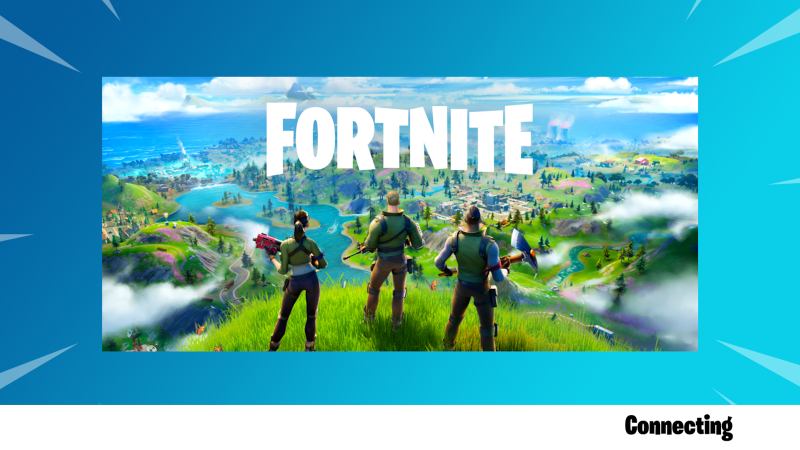 There a variety of game modes in Fortnite, including static and limited-time modes. There are four “standard” modes: Solo, Duos, Trios, and Squads. The only difference between these modes is the number of players in each squad. If you don’t have enough players for a team, you can match up with other random players by using the “Fill” toggle. There are also competitive, ranked versions of some of these playlists, known as Arena modes. You can tough out the competition in Arena Solo, Arena Duos, and Arena Trios. 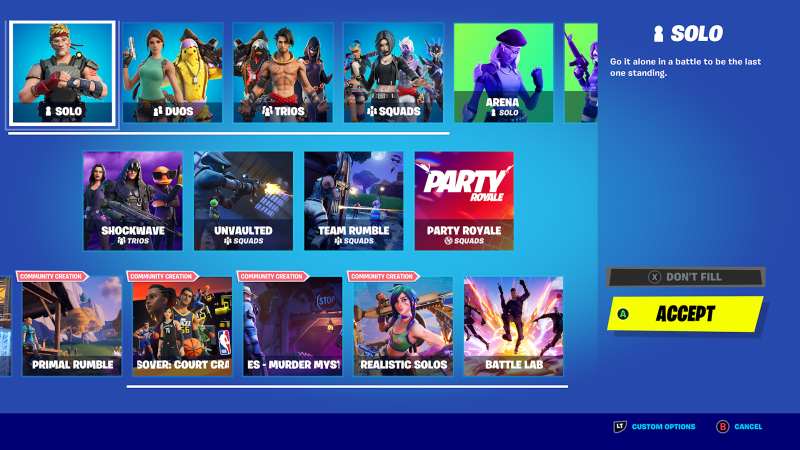 In addition to these mainstay modes, there are a variety of rotating game modes that are updated every few weeks. You can always expect to see Team Rumble, Party Royale, Battle Lab, and Creative mode. These modes have wildly differing objectives, especially Creative mode, which allows players to create and share their own game worlds. If you enjoy the mechanics of Fortnite but are looking for a slightly different experience than in the core modes, these options are worth checking out.

The Basics of Fortnite

Before you can learn how to ramp rush an out-of-position enemy or box-fight during a storm surge, you have to make sure you have the basics down. The overall objective of Fortnite is simple enough to understand – parachute onto an island and out-survive 99 opponents to secure a victory royale. Of course, this is easier said than done. 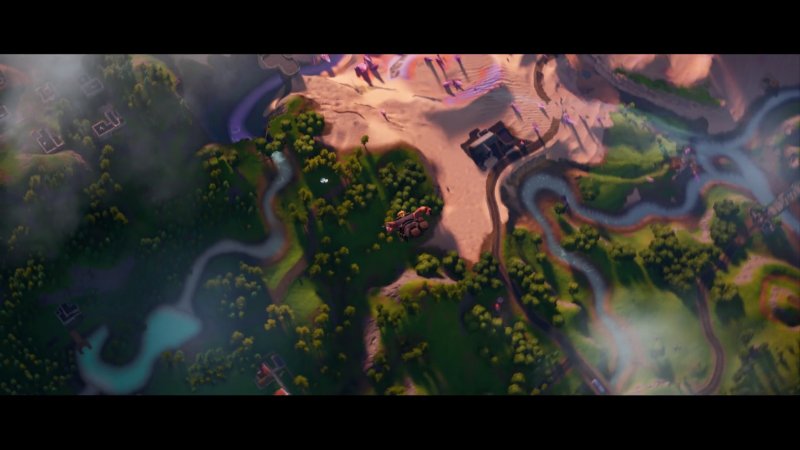 Between the deadly storm that slowly encompasses the island and fierce opponents with precise aim, surviving until the very end is a big task. Before you start sweating over your Arena score, make sure you have the following fundamentals mastered.

At the start of a match, you’ll be free to parachute down onto any interesting location on the island that you desire. Some areas will be more populated than others, and in the early moments of a match, it’s easy to get blindsided by enemy players. This remains true throughout the match, as opponents often hide in sneaky spots, build-out of your line-of-sight, and generally scurry around. First and foremost, keep an eye on your compass, as it will display enemy locations with a red diamond whenever they fire their weapon. Wearing headphones will help you suss out enemy locations, but if you prefer speakers, consider enabling the “Visualize Sound Effects” option, located in the Audio sub-menu. This will help you locate enemies, chests, and other sources of sound via a handy on-screen indicator. 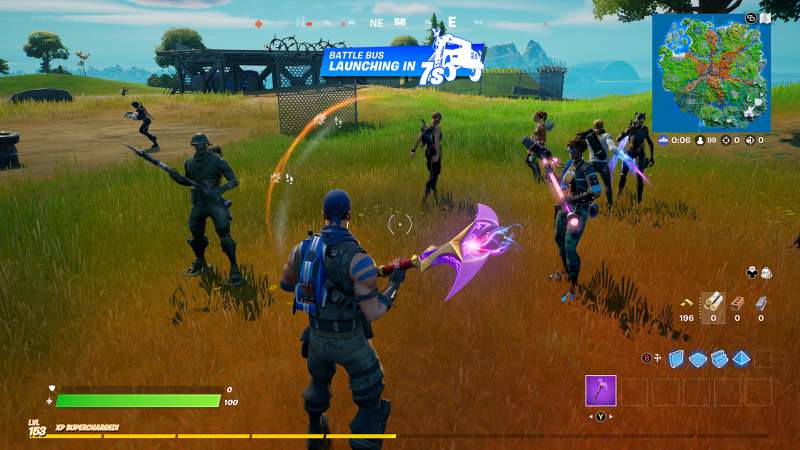 That said, don’t get too wrapped up in hunting down opponents, as there’s always a massive storm slowly taking over the island. The game will let you know when the storm is moving in, and will display the next safe area on your map. Getting to the safe zone is easy enough, but if you get distracted, it’s equally easy to lose track of time and get swallowed by the storm. One of the golden rules of Fortnite is to always respect the storm, since you’ll consistently lose health for every second you spend in its purple barrage.

No matter where you choose to land on the island, your first priority in every match of Fortnite should be finding a gun. In the early minutes of the game, anything is worth picking up, but you should slowly start amassing a well-rounded loadout. You can only hold five items at a time, so you’ll have to be picky about what to keep and what to discard. 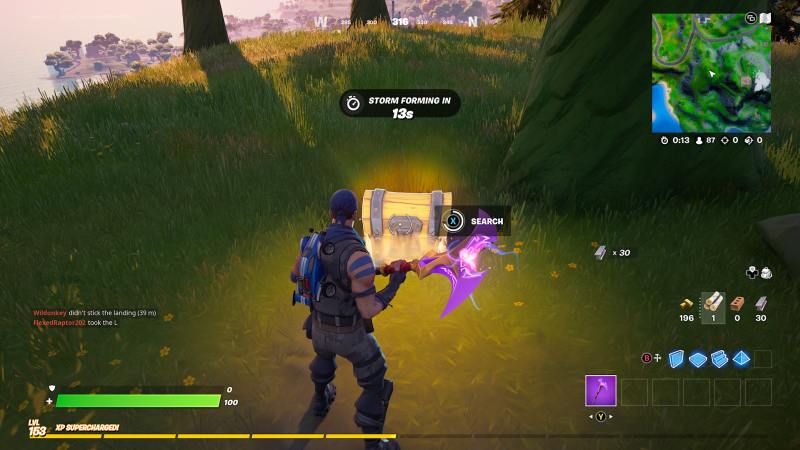 The weapons you can find on the map in Fortnite vary from week to week, but there’s always enough of a variety to have a hefty loadout. Never stop looting chests and searching for items, as some of the best weapons in Fortnite are tucked away in unusual locations.

Ideally, a satisfactory loadout should contain a long-ranged gun, a short-ranged gun, a healing item, and a shield-boosting item. This leaves one spot for you to fill with whatever you desire, whether it’s grenades, a specialty weapon, or any of the wide array of consumable and throwable fish. While some weapons are better than others, there’s no “best weapon to find in Fortnite”, and the right choice usually comes down to player preference. While some players might prefer assault rifles, others may enjoy bows or snipers. Shotguns are also a divisive weapon type, as some players prefer to run with an SMG. Either way, make sure you have a diverse loadout with enough healing supplies in case you get into a fight.

Fortnite‘s simple, snap-placement building mechanics are what set it apart from most other battle royales, but it’s a tough system to master. Provided you have the right materials, you can build structures on the fly by combining floors, walls, ramps, and cone-tops. There are three materials to build with, including wood, stone, and metal. Each material has its strengths and weaknesses, but it’s always good to have a variety on hand.

When you’re just starting out with Fortnite, don’t stress too much about building structures, but try to practice whenever possible. Once you’ve placed a wall, ramp, or any other building piece, you can edit it further, allowing you to pull off some smart strategies. 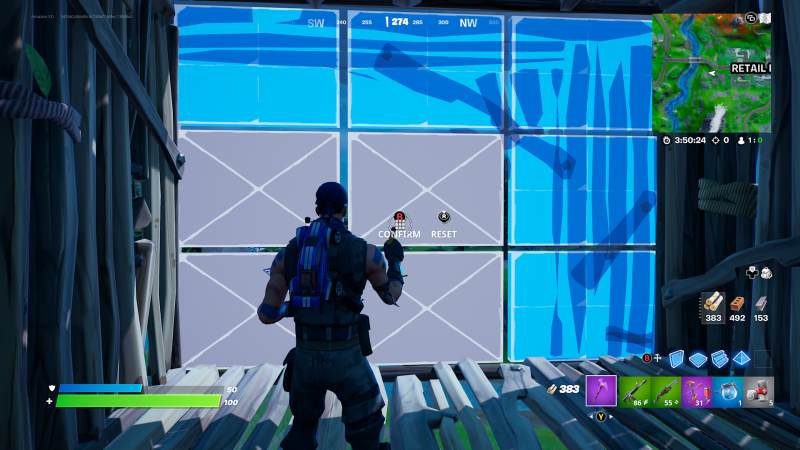 Whenever you’re running around the map, searching for the next area to loot, always be scavenging for materials. You can smack almost everything in the game with your pickaxe, which will reward you with one of the three building materials.

You can hold up to a maximum of 999 materials of each type, and while you won’t need the max amount, it’s not a bad idea to hold a few hundred. There’s nothing worse than getting into a fight, starting to build, and then realizing you’re completely out of materials.