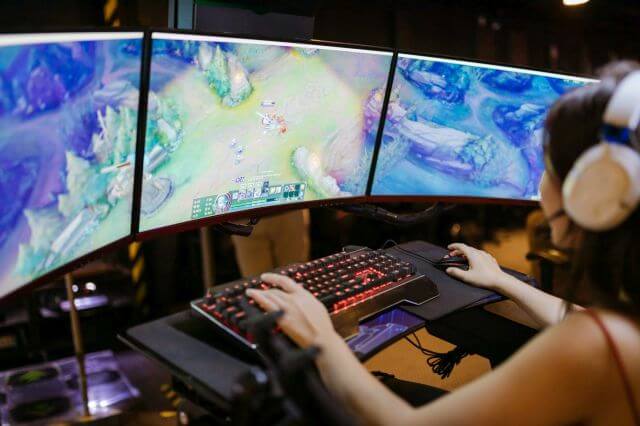 You’ve probably already seen multi or dual monitor setups. This is quite popular with many esports athletes and also with streamers. Multi-monitor gaming setups are superior to traditional single-screen builds. Multiple screens provide a more intense gaming experience, and multiple activities and events can be seen and monitored simultaneously.

In this article, we are going to discuss what multi-monitor gaming is and its pros and cons. Whether you’re a casual gamer or an aspiring streamer, you’re likely to find something important in what you’re about to read.

What is dual monitor gaming?

Dual monitor gaming is the concept of gaming on two separate screens instead of opting to go with a single screen. The concept is simple but it requires certain hardware as well to make it work. If you are using both screens for a dedicated gaming session, you may require a very high-end graphics card or two mid-range GPUs to power the two screens, as a single GPU may not make the cut.

When would you pick dual monitors over a wide aspect ratio?

Now, if you have chosen to go along with the idea of having a dual monitor setup, we can proceed to discuss what makes it so great. But first, we have to categorize the benefits according to the tasks carried out with it. Gamers are different from one another and each gamer will have a different benefit from the setup so it is important we break it down systematically.

If you are a streamer, then we really think you do not have the option of skipping a second monitor as it is an absolute necessity. The addition of a second monitor can aid you in many ways such as:

Certain games cannot be experienced to the fullest potential through a single screen. For example, if you are an avid fan of racing games, then you may have encountered the complication of the flat screen of a monitor not matching the natural curvature of one’s eyes; This can be easily resolved through the concept of dual monitor gaming where we add a secondary curved screen to provide a wider viewing angle and a more realistic feel to the gameplay.

This concept also applies to other games, especially survival-based titles, making it an important choice to make if you are a fan of such genres.

Having two or more monitors whether you are gaming, streaming, or working, it allows you to multitask. You could surf the net while playing some Minecraft, or switch to a different set of gaming songs during a league of legends marathon. The additional space that is provided by a second computer screen is incomparable. Especially if you are a designer or someone that actively produces your own gaming content through editing, an additional monitor, or even two is a healthy addition; one can have the main display of Adobe Premier on fullscreen while having the instruments and palettes on the other screens. 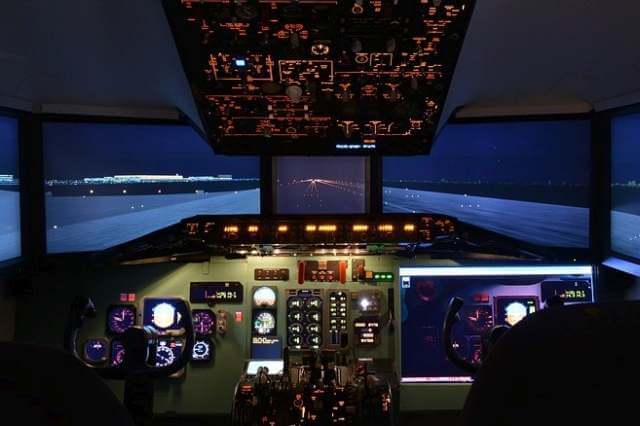 A completely different reality can be created with a multi-screen setup, which especially applies to simulator games such as the infamous Microsoft Flight Simulator. A dual monitor setup might be just the thing for you as it will allow you to have a better approach to the game. You can mount displays on top of each other vertically and configure the displays appropriately; the top screen can view the games display whereas the second monitor can view the controls and various information required that would otherwise be shown in minuscule icons.

If you are a fan of MOBA games or multiplayer games that require the use of a minimap or timestamps, then the secondary monitor is sure to come in handy. If you are for example playing Dota or League of Legends, one can display the game chat and the minimap on the secondary display, which allows you to easily track enemy cooldowns and positions.

Technical aspects we emphasize on

We always advise you to purchase monitors that share the same refresh rates and color densities along with the panels being IPS instead of TN to prevent bad viewing angles which are a common occurrence among dual computer screens. It is also advisable to check out your GPU and to make sure that it supports two screens else a secondary GPU might be needed.

In conclusion, these are the benefits that a gamer can experience while gaming with a two-screen setup,  is not a necessity in most scenarios but it is nice to have. While it might be bad for tactical shooters and FPS games, many titles may benefit from the addition of a secondary display to increase the FOV. In general, whether you are a gamer or not, it is never a loss to have an additional display for comfort and ease of access.