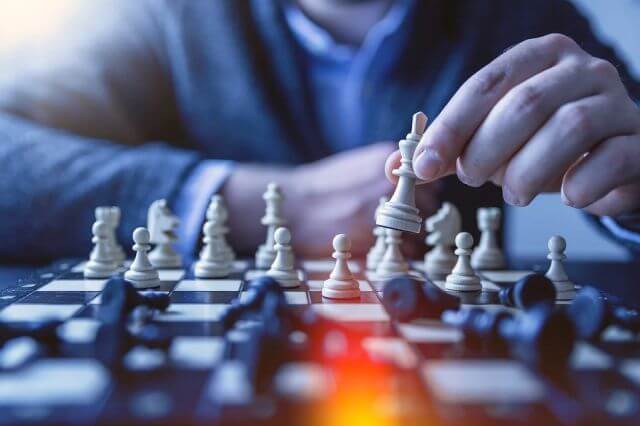 Chess is among the most famous games of all time, for being simple to learn but challenging to master. Congratulations on your newfound interest in chess! You live in a time when it is quite easy to learn chess and not difficult to find a human opponent or a powerful computer to play against once you have mastered the basics. Training is everything, and playing against other players is the most acceptable way to improve your game and it has never been easier. You can learn chess online from different websites or apps like chess.com, lichess, chessable, etc.

What Chairs Do Chess Players Sit On?

Until a few years ago there were no special chairs for chess players, special chair preferences of chess players were hardly seen. Chess players sat on ordinary furniture, depending on what was at hand and what was provided by the organizer. It was also about creating the same conditions for both opponents. This changed in the last decades of the 20th century as in among grandmasters who took part in chess tournaments, it became the habit that many brought their own preferred chair to the tournament. But for most of the time in the history of professional chess, hardly any thought spend on really comfortable sitting and the influence that the ergonomics of sitting had on the performance of the chess player.

A revolution in sitting began after the turn of the millennium with the increase in office jobs where people spend the day sitting at their workstations. Suddenly there was a sharp increase in sick leave due to problems with the back. The need for gentle seating comfort and how ergonomic and healthy sitting affect performance was recognized.

This was quickly recognized in the world of chess and with the advancement of office furniture technology, more and more chess professionals chose high-quality office chairs to compete in their sport.

In the last few years with the tremendous rise of gaming and esports, the development of special gaming chairs, and the constant improvement in the ergonomic aspects of these were only to be expected as natural progress.

And with the new media and in times when chess competitions are increasingly practiced in front of the screen, be it against a computer or a human opponent, so it is not surprising that the gaming chair industry is also targeting this new market of millions of chess players in the world became attentive.

What Is A Gaming Chair?

The first gaming chair was launched in 2006 by DXRacer, a company that makes seats for various sports cars. So it is not surprising that the first “gaming chairs” resembled a racing car seat. Initially, a niche product, which quickly found acceptance among the new species of “gamers”, other companies quickly followed suit and more gaming seats came onto the market.

Gaming chairs are pimped-up swivel desk chairs. A comfortable gaming chair helps you maintain good posture while playing and prevents back strain. They are specially developed to offer you the best possible sitting experience, which also over a longer period of time to help maintain concentration and productivity.

In the years that followed, the gaming industry exploded and is now one of the fastest-growing entertainment sectors in the world.

The ideal way for the human body to function is for it to be active. Long periods of sitting in low-cost office chairs drive the body into static positions. The upper body muscles are overworked in static sitting situations, contributing to chronic weariness.

The sitting body begins to shrink into a hunch when muscles fatigue. Slouching over long periods causes a slew of health problems. Bad posture has been related to fatigue, back discomfort, peripheral arterial disease, headaches, weight gain, and other problems.

These issues can be reduced by using ergonomically designed seats. The specially contoured backrest with adjustable neck and lumbar region cushions assist the natural contours of the vertebrae. The neck pillows grasp the user’s head as they lean onto the tall cushioned backrest. Gaming chairs have adjustable armrests that can absorb and retain the load of the participant’s arms and relieve the shoulder and neck region. The armrests can be adjusted to match the chess table. The user can then rest their arms close to the chessboard.

Professional eSports players use gaming chairs to be as comfortable as possible and, above all, to be actively supported when sitting. With their features that are specially designed for long periods of sitting, gaming chairs are superior to office chairs in that they promote a healthy posture and mobility when sitting. This allows players to maintain a higher level of peak performance. Maintaining proper seating patterns over time has several health and performance benefits. Increased energy, increased self-confidence, improved mental function, and greater wellbeing are just a few of the benefits.

The majority of professional esports athletes train for 6-10 hours per day. Esports training, like chess training, is rigorous and psychologically exhausting. Some games require 400 actions per minute or more. In 60 seconds, that translates to 400 different selections or clicks.

Good ergonomically well-thought-out seating furniture offers gamers excellent posture support and promotes active dynamic sitting. This means that sitting is not monotonous, passive and static, but rather, sitting becomes an activity where one changes between different sitting postures. It enables players to perform at their best mental and physical over longer periods of time.

Gamer awareness of good sitting patterns has progressed beyond the gaming chair these days. Standing breaks should be taken every 30 minutes or so. Aside from breaks, a balanced diet helps players maintain consistent energy levels. Regular physical activity, in addition to a healthy diet, improves athlete muscular endurance. A consistent sleeping schedule ties everything together.

In September 2020, Singapore-based Secretlab, which specializes in esports chairs, announced a partnership with chess.com to provide chairs for streamers, the first partnership between a chess and furniture company.

The manufacturer’s current series consists of the models’ Omega, Titan and Titan XL. The latter is, as the name suggests, an extra-large version of the Titan, it is designed for people with a weight of up to 390 pounds and a body height of over 6 feet.